The Syrian army is regaining new lands in Idlib 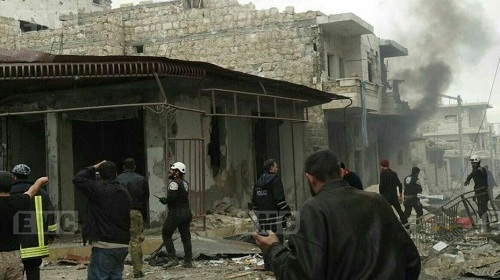 After Bashar al-Assad’s regime has reported strategic conquests in several locations in the south of the country in recent months, it is now reporting important conquests in the northern district of Idlib, considered the last strongholds of the rebels in Syria.

According to Iranians reports, the army took the lead in the battles against the organization “Ahrar al-Sham” (an umbrella organization of several Salafist rebel organizations led by “Al-Nusra” front) and managed to capture several small villages in the Syrian city of Sinjar.

According to these reports, there is an awakening of local residents in many villages in the Idlib district who are publicly calling for the expulsion of rebel forces from their territory.

Watch a report of Al-Jazeera in English on the Syrian Forces Progress in Idlib: