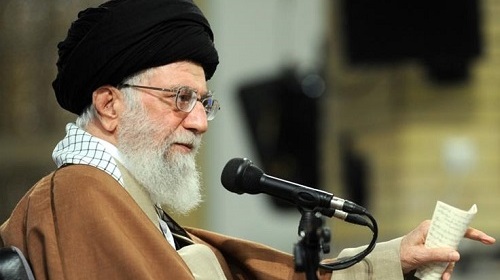 Khamenei said these words during a conference in Tehran and added that: “We are willing to cooperate even with Muslims who once expressed hostile opinions against Iran.”

The Supreme Leader of Iran is trying to expand his support in the Middle East by criticizing the conduct of the Saudi kingdom. The remarks were made during a conference of representatives of various Muslim countries held in Tehran.

He said that the alliance between Saudi Arabia and the United States and Israel is “undoubtedly a betrayal of the Islamic nation and the Muslim world” and claimed that “the Islamic world, with such a large population and abundance of sites, can create enormous power in the world and become influential through unity.”

Khamenei added that “this warmongering among the Muslim world must be stopped immediately. We must not allow safe haven for the leaders of the Zionist entity.”

Quarreling over territory and political influence in the Middle East. Soudi Arania & Iran.

Iran is the leader of the Shiite axis in the Muslim world and is in a kind of “cold war” with its Sunni rival Saudi Arabia. The two are clashing over territory and political influence in various Middle Eastern areas through “proxy armies” and their representatives in local politics.